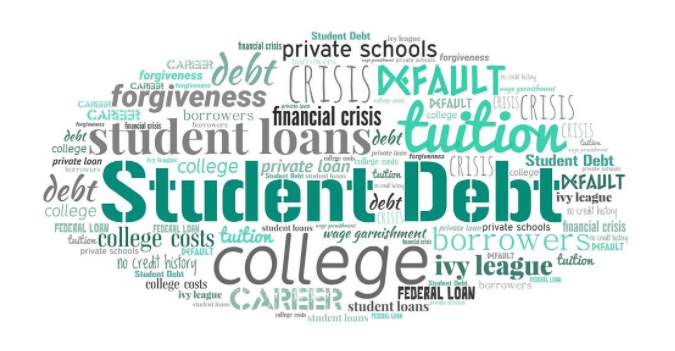 The idea of not having to pay back your student loans sounds like a dream come true. Who wouldn’t want that financial burden lifted off their shoulders? There’s just one problem: This is simply a myth perpetuated by advertising and the education system itself.

You may have noticed advertisements saying that you won’t have to pay back your federal student loans. This isn’t exactly true: The only place this happens is in bankruptcy. If you file for Chapter 7 bankruptcy and meet some other requirements, then you can get forgiven of all or a percentage of your government-issued student loans.

Why filing bankruptcy is bad?

The word “forgiveness,” in terms of bankruptcy, is a misnomer. What happens is that you’re able to discharge your debt in exchange for the liquidation of assets. If this sounds familiar, it’s because this was probably in your high school civics class. This is how a lot of people get rid of their credit card debt and other personal loans (but not federal student loans).

Besides, by declaring yourself bankrupt, you pretty much put a big “I give up” on your financial life in the eyes of lenders. It’s going to be difficult to get any type of credit in the future after you’ve discharged thousands, if not hundreds of thousands, of dollars through bankruptcy.

Most people who have student loan debt will never have to pay off their whole balance through a forgiveness program or even income-based repayment. When it comes to high-income earners, their student loan balance is even recoverable in bankruptcy. All students must repay their loans – no matter who they are or how much they made during their lifetime.

That being said, some kinds of federal loans have provisions that can reduce your monthly bill if you experience financial hardship or enroll in an income-driven repayment plan. You can reduce your monthly payment to a percentage of your income, which will also make the total amount you pay during your loan term decrease significantly.

Some federal loans don’t qualify for any kind of forgiveness or repayment program. If your parents used a PLUS loan to pay for your education, then you’re out of luck. Federal Perkins loans are another example. 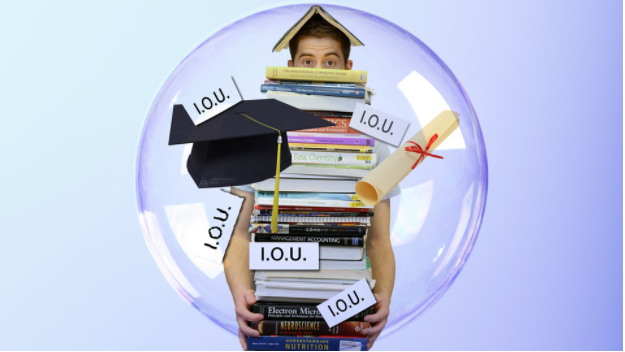 Your student loans can be forgiven, but they can’t be done by going into default. If this happens, the government will garnish 15% of your wages and seize any federal benefits you receive, such as social security and welfare. The only way that your student loan is forgiven is if you file for Chapter 7 bankruptcy or receive assistance from a consolidation, income-based repayment, or public service loan forgiveness program.

Why defaulting on your loan payment is bad?

Your credit rating will also take a big hit when you default on your loan. It’s going to negatively affect your score for 7-10 years, depending on how bad the rating agencies determine that it is. This wouldn’t just affect you in getting any future loans but in terms of renting an apartment or being able to have utilities in your name.

Although the government doesn’t report your student loan debt to credit rating agencies, it can still be affected by your default. For example, if you allowed your car’s financing to go into default, then that will affect your credit rating.

You may have heard stories of people heading to another country just to escape their student loan debt. If you’re not careful, it’s actually pretty easy for this rumor to spread on the internet, especially if you saw it on social media.

Surprisingly enough, there are no countries in the world where your student loans will disappear because of bankruptcy or even death. You can always return to America unless you become a citizen of another country. This doesn’t mean that you should avoid paying your loans; it just means that if you move abroad to escape your credit repayment program, then you’re not living like a responsible adult.

Student loans have increased exponentially in the past decade. This increase has led to an increase in debt-relief advertisements, which claim that student loans can be forgiven. With such high numbers of debt, they really aren’t helping much:

According to the Department of Education, the total amount owed on federal and private student loans is over 1 trillion dollars. This amount is growing by more than $100 million each day! This number is enough to make anyone want to give up on paying back their loans.

But the $1.3 trillion outstanding student loan debt is just under 10% of the total amount that Americans owe.

Funny thing: It might actually be a myth that students can use bankruptcy to get out of paying back their loans! There’s only one case in history where this was done – and it was because the law had been re-written.

When you finally pay off your student loans, you might start breathing a sigh of relief but then realize that you have four more years until they’re paid for good. Many advertisements claim that the time limit when student loans are no longer your responsibility is when you receive a degree. They might also claim that they’ll forgive all of your debt if you do so within four years after graduating. Neither of these claims is true!

What happens to a student loan if you fail to graduate in four years?

If you fail to graduate in four years at college, then your student loans will immediately go into default. For the next two years, they’ll experience a deferment and will not be collected from you. After that, you’ll have to start paying them back again. 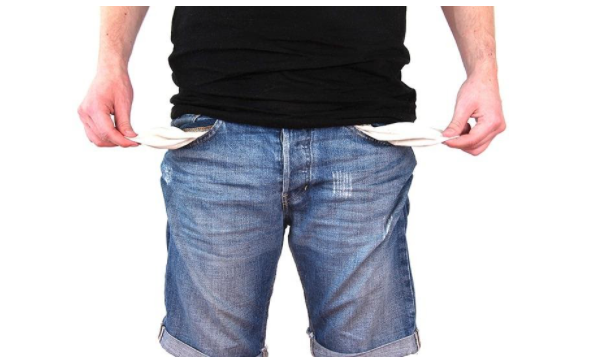 Many graduates have the false impression that no matter how much they make, they’ll get a break from their student loan debt. Guess what? That’s not true! You may even be hit with more interest than before, so your new job might require you to pay back more than when you were in school.

This is why it’s important to make sure you know what you’re signing up for before applying for student loans. Check with your employer or speak with a financial services representative about repayment options available to you if your salary changes dramatically after graduation.

This doesn’t work with private student loans. If you go into default because of your private student loan, then the business or financial institution that gave you that loan has the power to receive 50% of your disposable income until they are paid off. They can also report this to the credit bureau as a negative account. Basically, it’s an endless cycle of debt.

You may think that your student loans will be forgiven if you get married. Unfortunately, this is not the case. Your spouse does not automatically take on your student loan debt. They are still yours until they are paid off!

If you file for bankruptcy, they’re still going to come after you. There are no exceptions as far as federal student loans are concerned. Even if they do forgive your loan, you will still have to pay the taxes.

You may have heard that you can get away with not having to pay back your student loans if you die. This is also untrue, according to the Federal Trade Commission. Although many federal loan programs allow parents who cosign on their child’s education loans to die without being held responsible for repayment, student loans are not forgiven when you die. The same thing applies if the student dies, the parent cannot get out of paying back the loan.

So, dying does not eradicate your student loan.

Student loans are hard to come by, but they can be even harder to pay back if you aren’t careful. Even with the best of intentions, the average student graduates with over $30,000 in debt. This will take years—if ever—to pay off if your salary isn’t high enough or you don’t have access to income-based repayment plans.

So, while you might get lucky and receive some assistance if you qualify to have your loans forgiven or discharged, that won’t happen until after several years of aggressive payments. If you can afford it, though, paying back your student loans on time is one of the smartest financial choices you’ll make in your lifetime!