Comparison of American and British Universities: A Complete Guide

British and American universities share many similarities and still, have many differences. Students in both Britain and America rely very little on the instructor to teach the course material. In both cases, students expect to learn from their own motivation and ability to complete a task. Besides, in both countries, professors are generally available to answer student questions outside of class time. 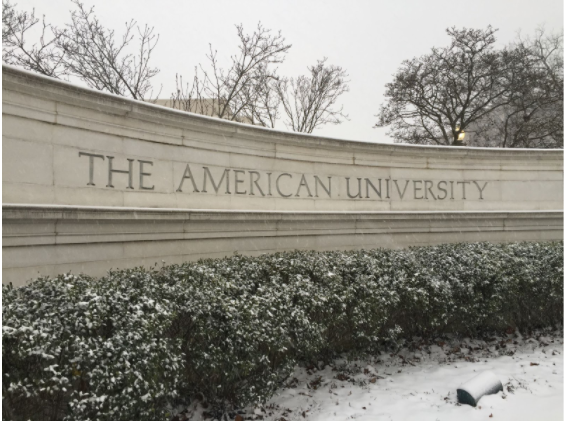 Let’s see how British and American universities differ from each other:

In Britain, lectures are what Americans would call “discussion” classes. They have a more casual feel to them and involve a lot of conversation with the professor or teaching assistant.

In America, lectures tend to be far more formal and conducted by a professor or TA (teaching assistant). The lecture is typically not moderated conversation but rather a presentation that the professor leads.

In Britain, the idea of criticism towards students takes on an entirely different meaning than it does in America.

In Britain, the evaluation of students is much more constructive. It is seen as a way to help the student grow and learn for future exams or tests.

In America, evaluation tends to be much more traditional where grades are given out objectively without regard for the student’s emotional well-being.

In Britain, most classes are assigned pre-determined lessons that must be completed before the final exam.

In America, however, most classes are in a more traditional lecture format where students can ask questions or discuss topics based on what they have read or experienced.

Exams are also structured quite differently between Britain and America. In Britain, students are often afraid of exams because they only get one shot on the final exam.

In America, however, many colleges have several chances to take an exam to improve their grade.

Also, some American universities allow students to take an “incomplete” if they need more time or assistance with a particular part of an assignment. In Britain, however, a student is expected to complete all classwork and pass every test to get a degree.

In America, there are both oral and written exams.

In Britain, however, there is only one written exam that lasts up to two hours and may include essay-type questions in addition to true/false and multiple-choice questions.

In Britain, students often receive straight A’s (A+, A, A-) without much effort because most exams are pass/fail.

In America, however, the grading scale is typically stricter. An “A” in American universities can refer to an average grade of 90-100%, which can be difficult to achieve. 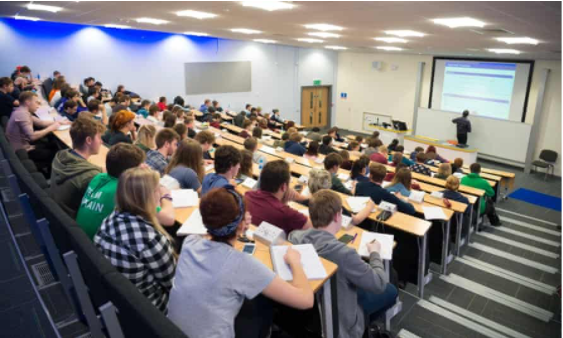 One of the biggest differences between American and British universities is in the required amount of time spent with students.

In America, it is not unheard of for a professor to meet with their student once every several weeks over an entire semester.

In Britain, however, it is expected that students have contact with their teacher/professor much more often. For example, when writing a dissertation, students are encouraged to meet the professor once a week for an entire year to discuss their progress.

In Britain, there is far more emphasis on tutoring than is seen in America. Many students rely heavily on tutors and study groups to help them understand their coursework and pass their exams.

In America, students typically rely on their own motivation and ability to learn to succeed in their studies. Some students also hire tutors in America but this is far less common than it is in Britain.

In America, TAs are graduate students who assist the professor with teaching the class.

In Britain, however, TAs can either be a graduate student or a member of academic staff such as a post-doctoral fellow.

A TA’s job in Britain is to help students learn course material and study for tests. In America, a TA’s job is typically limited to grading student work.

In Britain, the evaluation of professors is taken much more seriously than it is in America. In Britain, a professor is required to answer questions from their students at least twice a year and must explain how they intend to improve themselves as a teacher.

In America, evaluation of professors typically doesn’t have much importance to the individual professor.

In Britain, a TA is typically evaluated by students twice a year through written feedback and/or listening to oral reports given by the TA.

In America, TAs are not typically evaluated by students at all. A TA’s primary purpose is grading student work and providing them with assistance as needed.

In Britain, the coursework that professors must complete is much more extensive than it typically is in America. In fact, a professor in Britain is required to write and submit a personal statement twice a year. This statement should give evidence of intellectual curiosity and research skills.

In America, this is not typically required. The only coursework that professors typically complete in America is writing and submitting a syllabus for each semester they teach.

In Britain, there is much more emphasis on reading than there is in America. For example, in some British universities, students are expected to read at least eight journal articles per week.

In America, however, there is typically much less emphasis on reading. The focus is more on lectures and class discussions.

Another difference is that British lectures are typically much longer than American lectures, lasting approximately 60-90 minutes. In America, classes will last anywhere from 40 to 100 minutes.

In Britain, students tend to focus more on their coursework and studying for exams. As a result, campus life tends to be much less common than it is in America. In Britain, there are usually other opportunities outside of the classroom that help students grow as people such as clubs or sports teams.

In America, however, campus life tends to be a major part of university life. Some students even refer to their college as “the best four years of their lives” due to the freedom and opportunity that campus life allows for.

In Britain, most students either commute or rent an apartment off-campus with friends. In America, however, many students choose to live on-campus in either a dormitory or off-campus apartment because it is typically much cheaper than living with roommates.

So, where do you want to study: An American University, or a British University?

0 responses on "Comparison of American and British Universities: A Complete Guide"